I acknowledge that Neuroethics Canada is situated on the traditional, ancestral, unceded territory of the Musqueam people, and express my thanks as a settler to live, work and study on this territory.

What are the meanings, values, priorities, and responsibilities surrounding equitable and meaningful access to advanced neurotechnologies for diverse populations?

Advanced neurotechnologies are applied in functional neurosurgery: an important class of brain surgery that aims to ameliorate severe neurologic and mental health conditions that do not respond to pharmacological and other therapies. The interventions are broadly classified as neuromodulation, ablation, and resection, and one well known example is deep brain stimulation (see this blog post by Hrincu et al. for applications in pediatric epilepsy). However, alongside rapid advancements in the field of advanced neurotechnologies, there have been reports of disparate access in both Canada and the USA. Five studies have reported racial disparities for African-American populations in the USA (1,2,3,4,5). Reduced access has also been reported for certain provinces and regions in Canada (6,7,8).

Despite the diversity of populations living in both countries and the global availability of these interventions, there has been limited exploration of how various cultural groups may differentially conceptualize and relate to the use of functional neurosurgical interventions.

We consulted with 29 key informants with diverse expertise in Indigenous health and Western medicine about neurotechnologies for diverse geographic and cultural communities (Harding et al., manuscript in preparation). Our analysis of the interviews is revealing that differences in the meanings and perspectives held by patients and physicians about interventions to the brain are significant barriers to receptivity and access. Innovations in telehealth, education, and low maintenance neurotechnologies are significant facilitators to access. Results from a survey we administered at the end of the interviews with medical professionals show a striking contrast between ratings of the imperative of access for people living in rural and remote areas and the realities of such access to neuromodulatory and ablative neurotechnologies across different medical conditions. Median ratings for imperative of access to neuromodulation, for example, were highest for movement disorders (95% rating high imperative), epilepsy (63%) and pain (57%). Higher imperative ratings were strongly associated with ratings of higher likelihood of access.

We also conducted a scoping review of the academic literature about global Indigenous groups’ perspectives about the brain and mind (Harding, Marra, et al., manuscript in preparation). We have found that this body of literature has a significant focus on perspectives about neurological and mental health conditions, with a smaller body of work reporting philosophical conceptualizations of the mind and brain. Holism is a common theme: many studies report perspectives of illnesses as caused by a combination of spiritual, psychological and biological factors.

For our next step, we will bring together expertise in Indigenous health and neuroethics for a series of sequential workshops to explore meanings and values for brain wellness. While the idea of hosting these working sessions by videoconference would have been previously inconceivable, in this era of COVID-19 Indigenous communities have developed innovative approaches to uphold cultural protocols in virtual spaces (Harding et al., 2020). Applying a transformative framework, we will collaborate with Indigenous scholars, knowledge holders, and healthcare providers through consensus-seeking and collaborative writings to co-create and deliver strategic recommendations for community-based and systems-based prioritization of neurotechnology for brain health, education, and consultation.

Through the efforts of this ongoing, spiral, community-engaged research project, we will provide recommendations and strategic partnerships for the inclusion of ethical, practical, and cultural domains in the development and delivery of advanced neurotechnologies to mitigate disparities and realize the goal of improving brain wellness.

The work discussed in this article is being conducted at Neuroethics Canada under the leadership of Dr. Judy Illes. I thank collaborators Dr. Christopher R. Honey, Dr. Patrick J. McDonald, Dr. Malcolm King, Caterina Marra, Jacob McFarlane and Vyshu Manohara, as well as other members of the Neuroethics Canada team. This work is supported by the National Institutes of Health (J. Iles; Grant number [RF1#MH117805 01]), the North Growth Foundation (J. Iles), and the Canadian Brain Research Strategy (J. Iles).

Louise Harding is a MSc student in Population and Public Health at the University of British Columbia and a Research Assistant at Neuroethics Canada. She holds a BSc in Psychology with a minor in First Nations and Indigenous Studies from UBC.

Her Excellency the Right Honourable Julie Payette, Governor General of Canada, invested 2 Companions, 15 Officers and 24 Members into the Order of Canada on Tuesday, November 20, 2018, at 10:30 a.m., at Rideau Hall.

Created in 1967, the Order of Canada recognizes outstanding achievement, dedication to the community and service to the nation. Close to 7 000 people from all sectors of society have been invested into the Order. Those who bear the Order’s iconic snowflake insignia have changed our nation’s measure of success and, through the sum of their accomplishments, have helped us build a better Canada.

Neuroethics Canada’s Dr. Judy Illes has been appointed as a Member of the Order of Canada for her contributions to the field of neurology, including pioneering research that has highlighted the ethical, social and legal implications of advances in neuroscience. 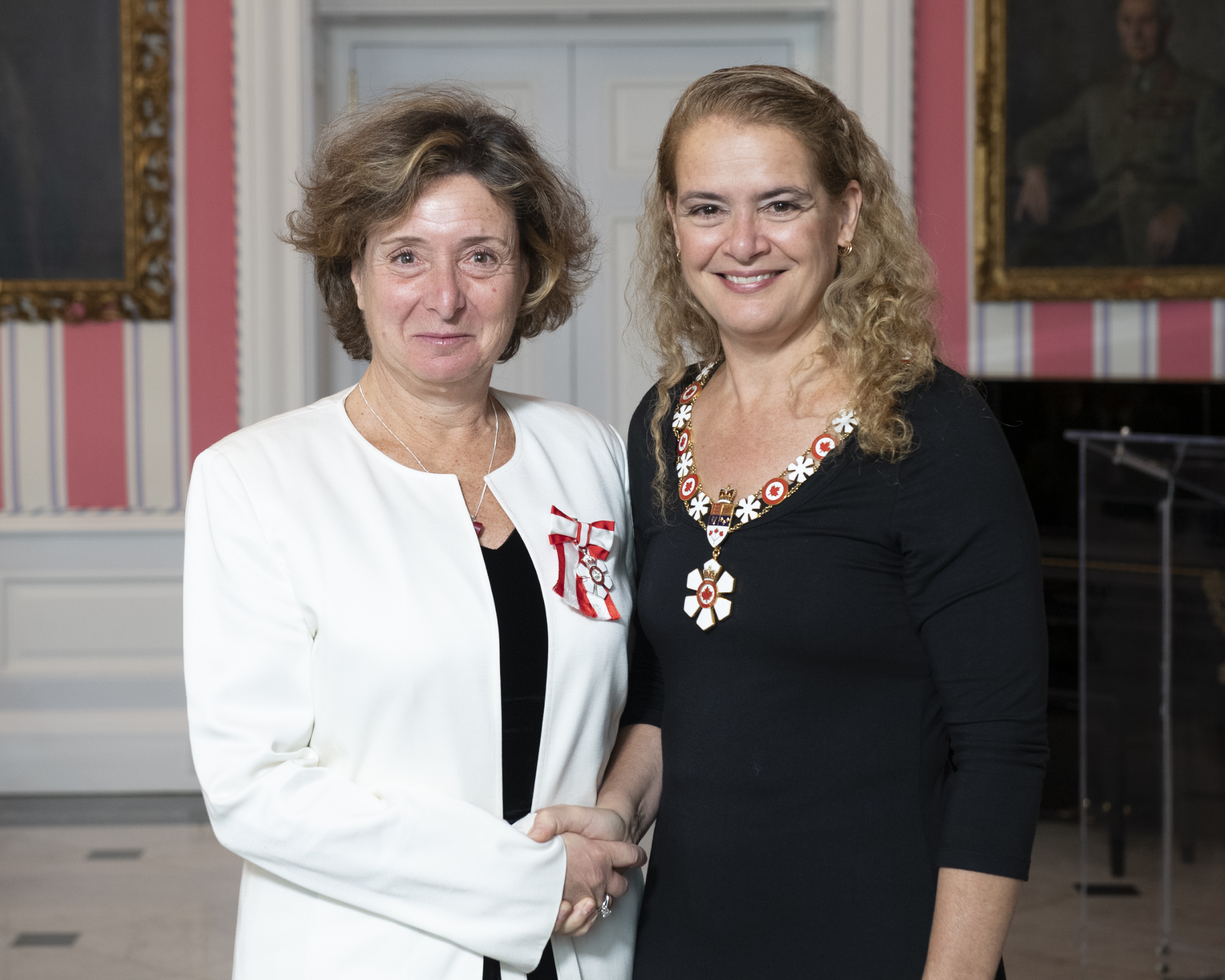 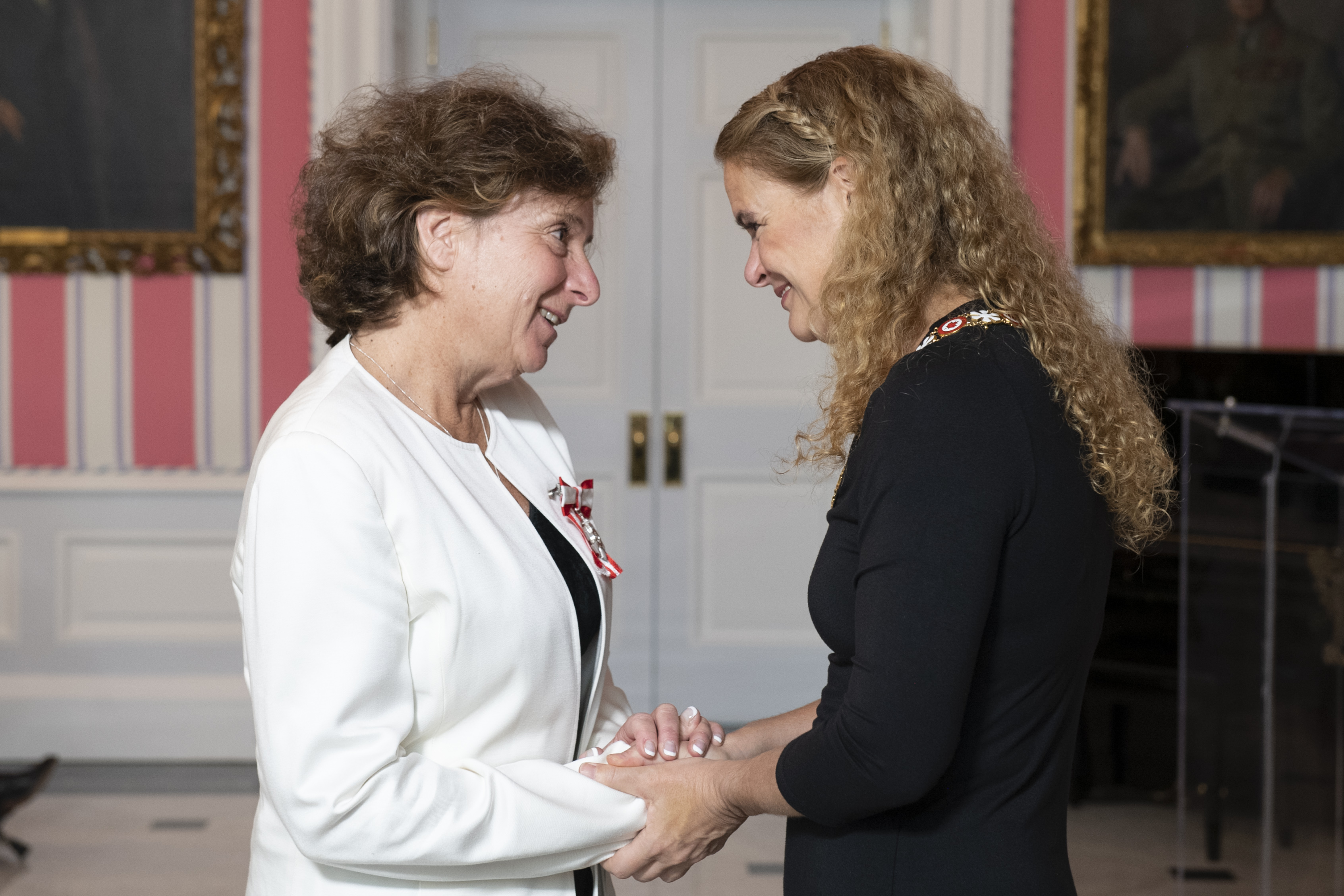 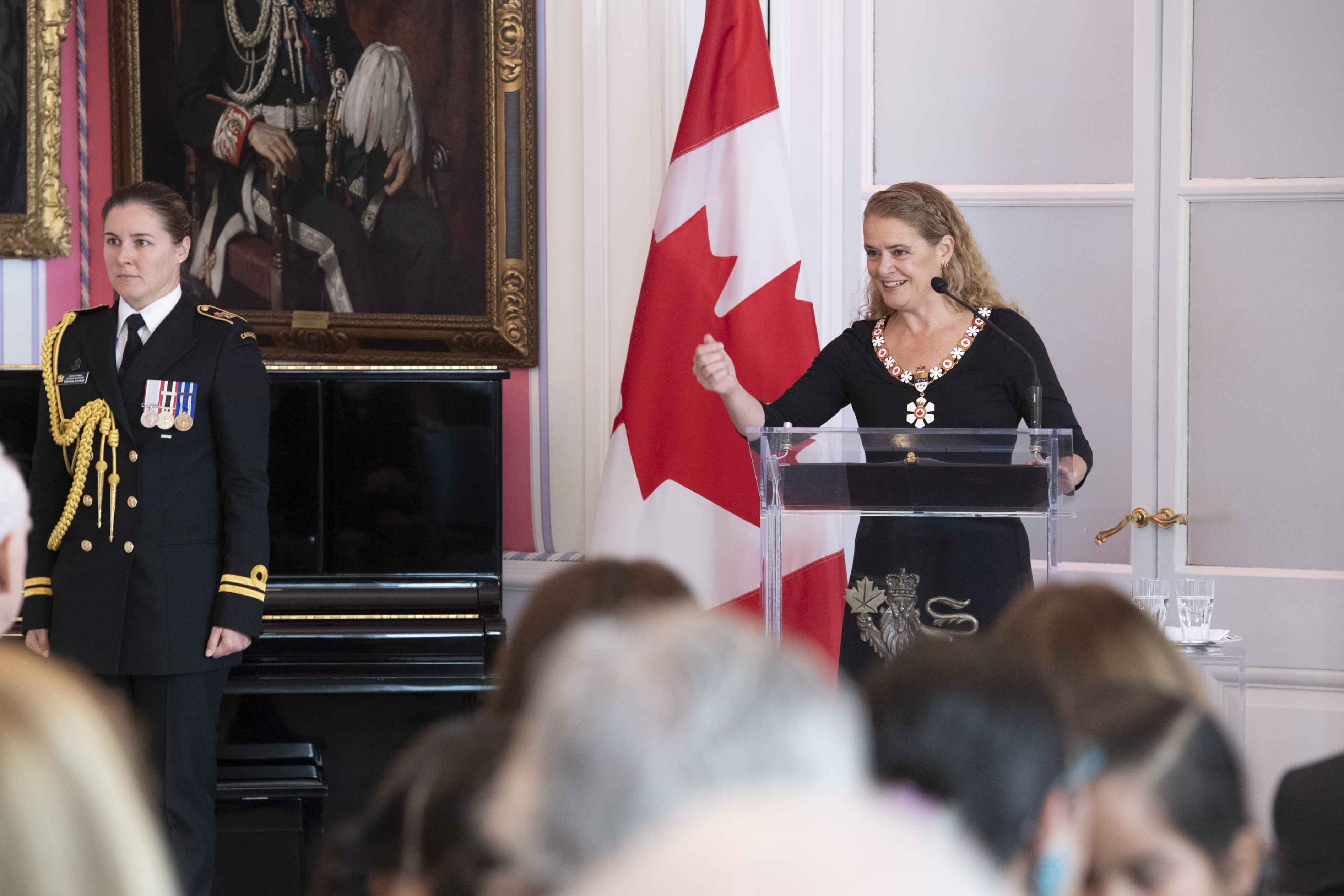 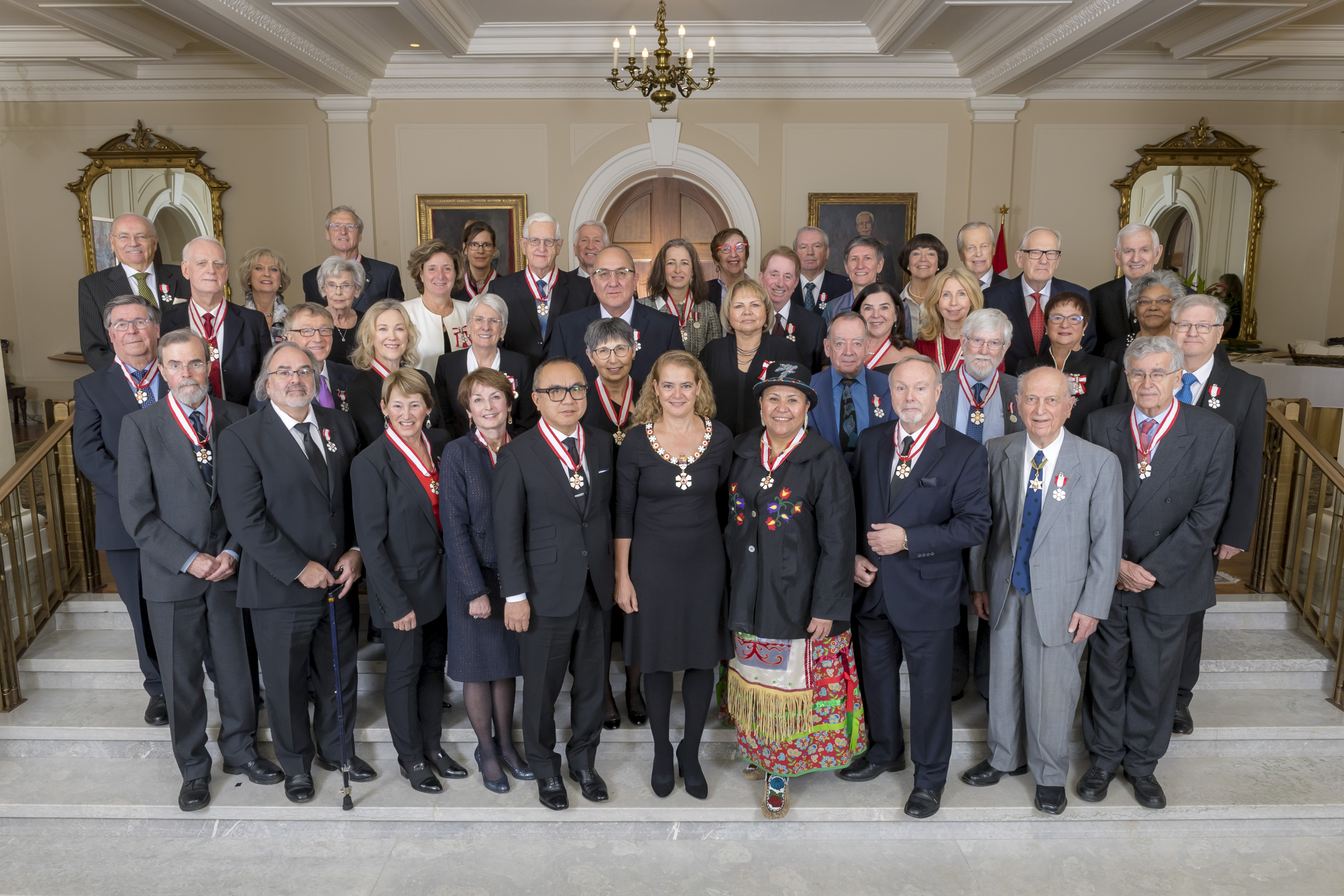 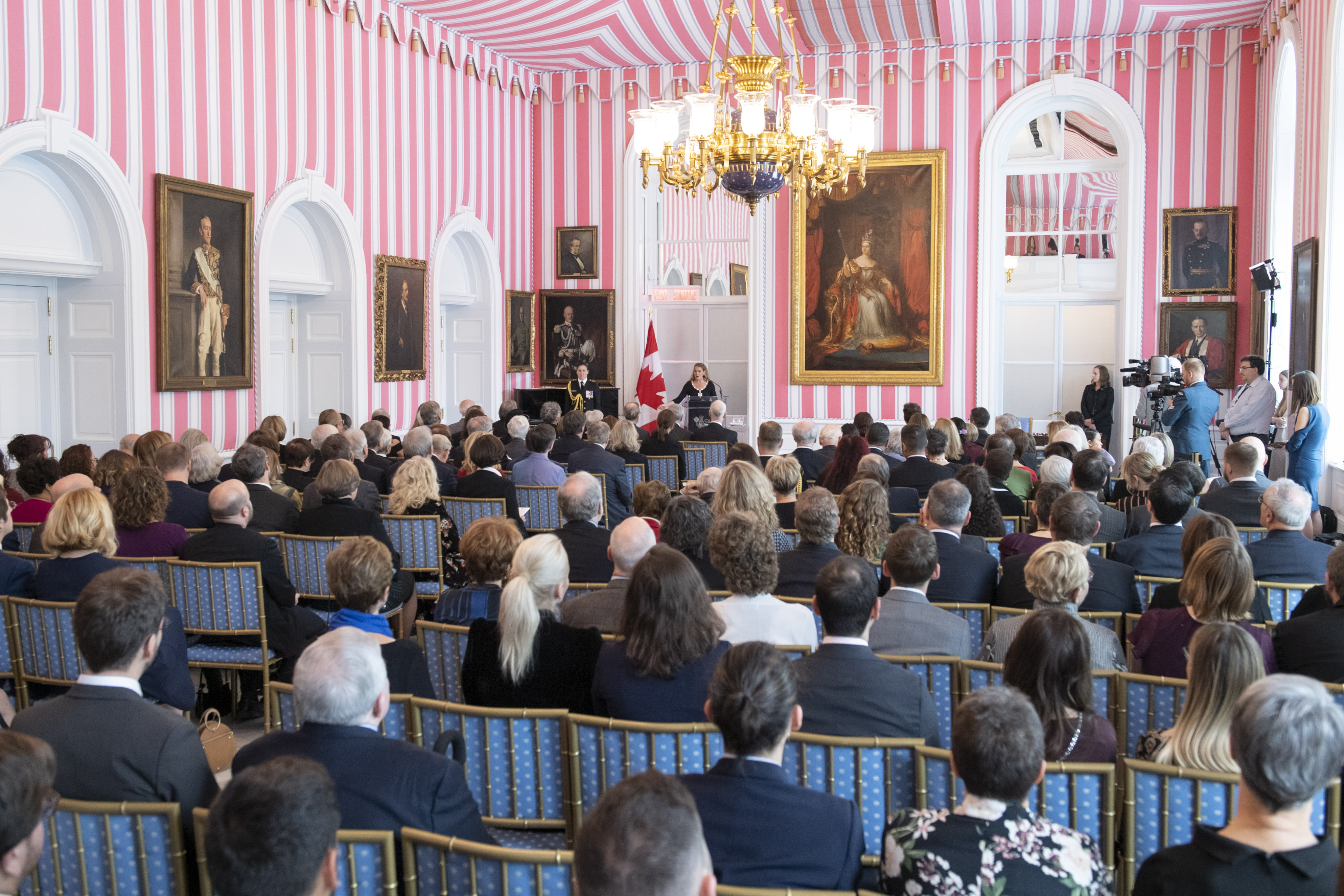 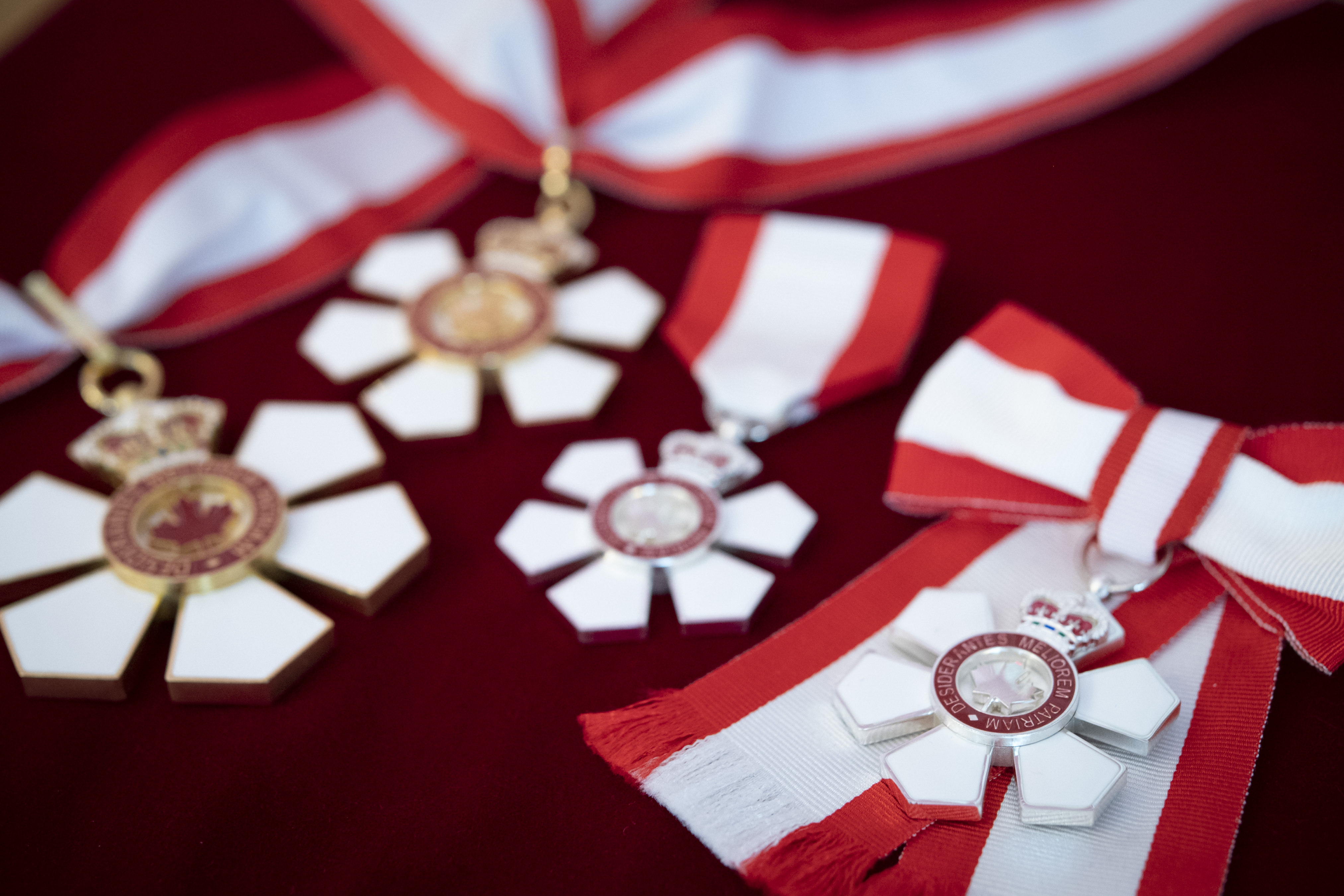 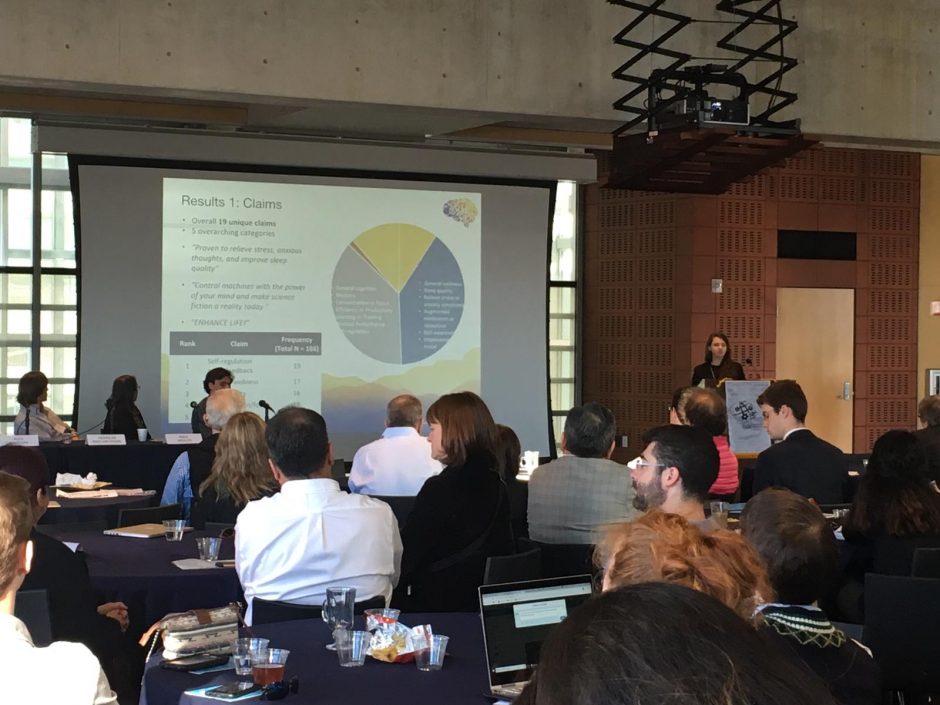 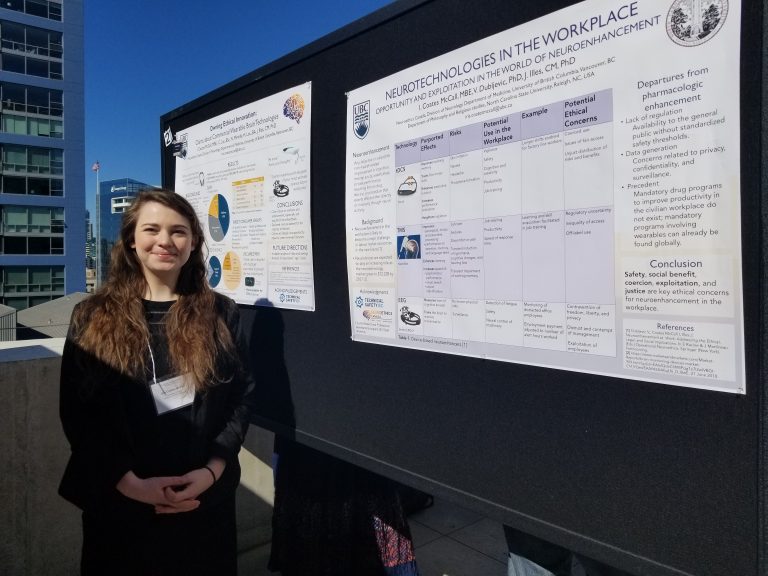 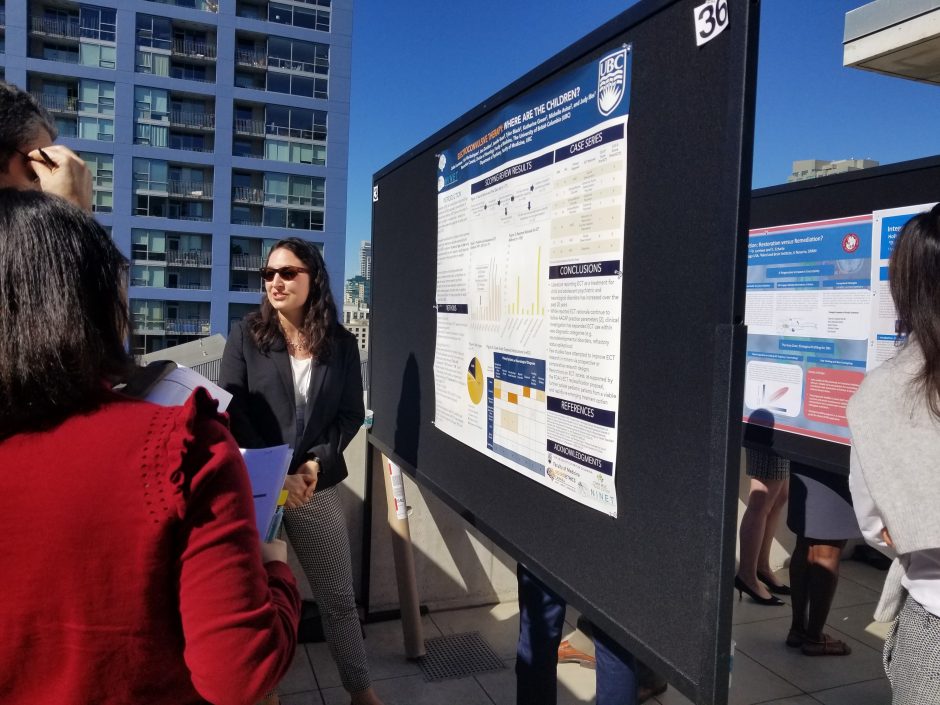 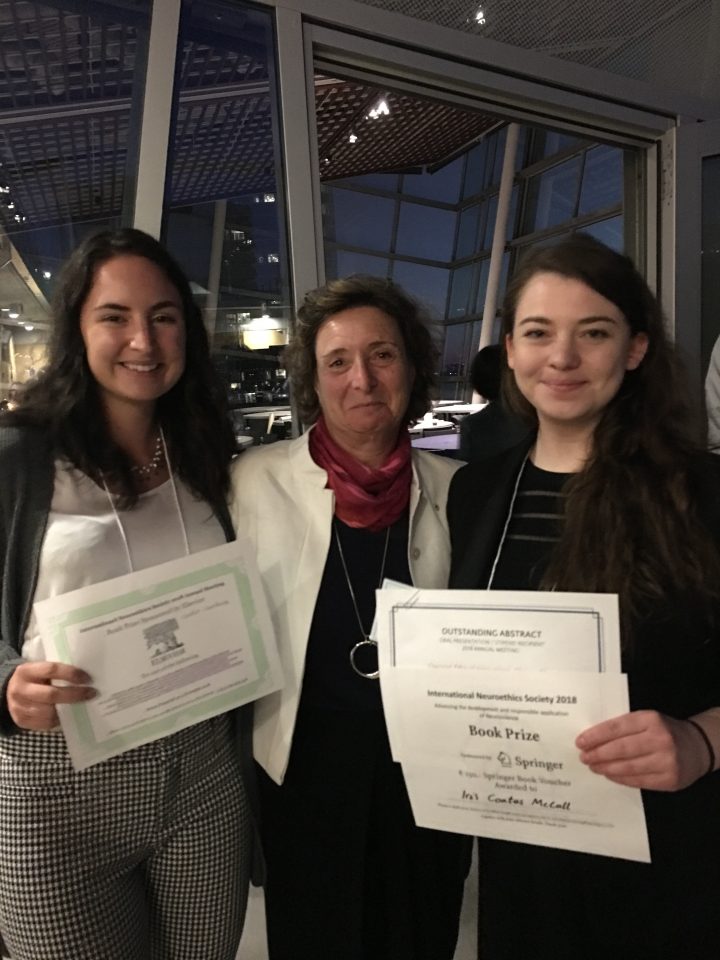 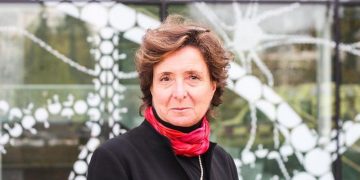 The formal announcement is forthcoming in the Journal of the American Medical Association.

Dr. Illes will receive the award at the University of Oklahoma in early 2019.

The goal of the Prize is to foster the development of the highest professional standards in health care through discussions of the ethical issues related to complex healthcare topics. The Prize, supported by the Children’s Medical Research Institute/Patricia Price Browne Distinguished Chair and administered through the University of Oklahoma, College of Medicine, will be presented during a visit to the University of Oklahoma Health Sciences Center Campus. The recipient is expected to deliver one formal lecture and participate in informal discussions on ethical issues with students, physicians-in-training, faculty, and the community.

Patricia Price Browne
Patricia Price Browne, an Oklahoma City resident who was a highly respected and creative worker for the causes of women’s and children’s health stayed true to her personal mottos to “spend time wisely with people and projects that matter” and “work and play out of a sense of love and joy, not duty”. In creating this prize in her memory, friends noted that her innate goodness and straightforward honesty attracted many to her side. Her husband Henry and their two children, Matthew and Whitney, were the people who mattered most to her but her discipline and dedication allowed her to devote significant energy to community causes. Patricia captured the meaning of what it meant to be a quality person; she was leader with a gift for turning dreams into reality. She is remembered for her ability to frame the most complex discussions in the context of “What is the right thing to do?”

Her commitment to health care was constantly reflected in the numerous ways she provided leadership for causes that enhanced the health of women and children. What an amazing record of active participation she illustrated. She was president and a founding board member of Children’s Medical Research Institute, a co-founder of the University of Oklahoma Institute for Breast Health and a founder of the Friends of the Institute for Breast Health and served as its first Chairman. Patricia co-founded the Oklahoma Breast Cancer Project.

Because of her special commitment to health care, Patricia’s friends and family support the Prize as a fitting memorial to her legacy. The emphasis in ethics well reflects Patricia. Through her intellect and integrity, she was able to see beyond the surface and focus on what was genuine and ethical. Her compassion for serving others was based on providing a better life for all. As a tribute to Patricia Price Browne in 2003, husband Henry Browne, Jr., The Friends of Patricia Price Browne Committee, and Children’s Medical Research Institute funded an Endowed Chair in Patricia’s name to ensure quality health care for the children of Oklahoma. The chair proceeds are designated for research and education programs and to establish a biennial award in biomedical ethics to physicians, nurses, research scientists and others who demonstrate the highest professional standards in the medical or professional ethics fields.