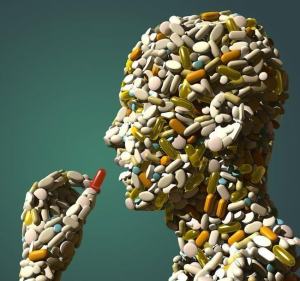 Ah, the medicalization of normalcy.  It never seems to end.

In yesterday’s New York Times, Natasha Singer has an article called “Sure, It’s Treatable. But Is It a Disorder?“.  The piece focuses upon drugs to treat premature ejaculation (PE), but the larger message is that drugmakers are now unabashedly in the business of transforming seemingly normal physiological variation into bona fide disease.  Singer tells us that,

The template goes something like this: Start with a legitimate quality-of-life issue — like fitful sleep or shyness — that does not yet have its own prescription medication and is debilitating to a few people a lot of the time. Next, position the quality-of-life issue as a medical condition with symptoms so common it covers vast numbers of people who had previously not identified themselves as having a health problem, or who thought they were just experiencing an occasional and normal annoyance.

I had heard rumours about PE drugs over the years, but had not really followed the news.  The drug highlighted in the New York Times piece is dapoxetine (branded as Priligy by J&J), a short acting serotonin selective reuptake inhibitor (SSRI) that has been approved in Finland, Sweden, Portugal, Austria and Germany.  While digging a bit deeper, I came across the wikipedia page for dapoxetine (yes, even academics peek at wikipedia from time to time) where they point out that,

Pfizer Inc, together with leading premature ejaculation experts, have developed a diagnostic tool to help physicians and patients diagnose this condition. The methodology and results were published several times in medical congresses and peer reviewed medical journals.

As my UBC colleague Judy Segal once remarked (I am paraphrasing), “It is not necessary to dig too deep to discover the perfidy of big pharma; what many may view as faults are often trumpeted by them as their merits.” So it is with the medicalization of normalcy.  A 2006 paper from Pfizer entitled, “Development and validation of a new questionnaire to assess sexual satisfaction, control, and distress associated with premature ejaculation” starts off like this.

No validated questionnaires to assess the subjective aspects of premature ejaculation (PE) are currently in use. Clinical trials have generally only considered time, measured by ejaculatory latency, as an indicator of efficacy, but ejaculatory control, sexual satisfaction, and distress are important aspects of PE, which impact both the patient and his partner. The objective of this study was to develop and validate a new questionnaire to measure the overall experience of PE.

It turns out that PE is already listed in DSM-IV-TR, but the pharmaceutical industry is taking no chances.  The concern on the part of the public should be this:  pharma’s interest is to insure that diagnostic criteria are aligned with predetermined marketing strategies. After all, as they note in their second paper on the topic,

the most widely accepted definition is Diagnostic and Statistical Manual of Mental Disorders, Fourth Edition, Text Revision (DSM-IV-TR), which uses vague terms such as ‘‘minimal sexual stimulation,’’ ‘‘before the person wishes it,’’ and ‘‘causes marked distress or interpersonal difficulty.’’

The important point is not so much that the research aims are questionable, but rather that we have now reached the point that the pharmaceutical industry rather than the academic medical community is (brazenly, I might add) developing diagnostic criteria. Is it just me, or is there something rotten in the state of Denmark?

1 thought on “News from the medicalization of normalcy front”